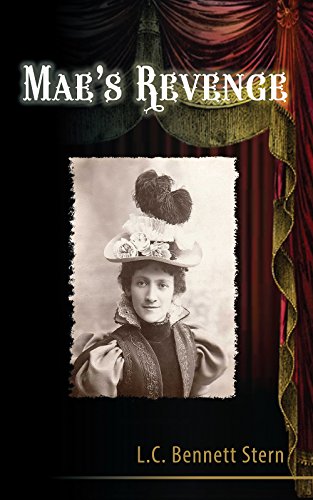 Now available on Amazon in paperback and kindle version

Known to her friends as Mae — Annie Mae Steinberg, a young Jewish woman from Philadelphia, is an adventurer and a dreamer who naively refuses to accept the status quo. Her dream to become an actress never fades as life nudges, and sometimes shoves her forward.

Mae travels from the Atlantic to the Pacific, learning lessons from the sort of people she never expected to meet, a lifestyle she never envisioned, and a death she never planned. Will she ever return home?

The House lights dim…the foot lamps are ablaze. Ladies and Gentlemen, please take your seats. The curtain is about to go up.

Now available on Amazon in paperback and kindle version

Award-Winning Finalist in the “True Crime: Non-Fiction” category of the 2017 International Book Awards

Based on true events—

Politics in Philadelphia is a rough game…has been since the time of Ben Franklin.
But when political murder takes place in the Fifth Ward (home to the Liberty Bell) on primary Election Day in 1917, it sparks outrage—not just in Philadelphia, but throughout the nation.

WWI now shares headlines across the country with the sensational trial in the “City of Brotherly Love.”

Police Lieutenant David Bennett is arrested, along with Mayor Smith and others in the powerful Vare brothers’ political machine, for conspiracy to commit murder and election rigging.