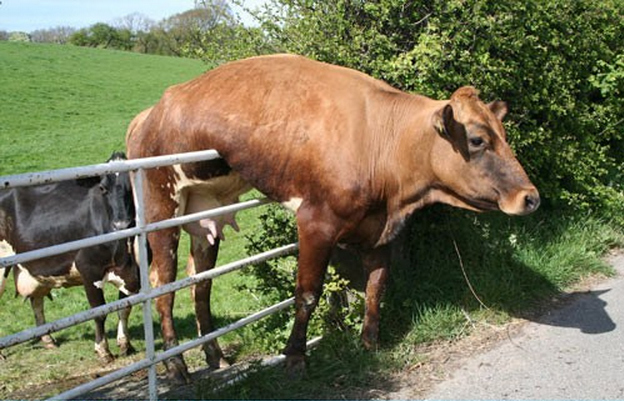 My family, like most families, has a lot of inside jokes. Many of them have beginnings so obscured by time, it would take at least two of us to nail down its origin story. Most of them are throw away lines we laughed disproportionately at in the moment. Others weren’t that funny to begin with, but repetition and the occasional perfectly timed delivery through the decades have made them set pieces of our repertoire. Some have not only endured but thrived to become such a part of our lexicon that we forget there are only four of us who know what we’re talking about. Those are the jokes we make to the people who weren’t there – the phrases we toss out to strangers, not recognizing we are talking nonsense until the look of confusion, and possibly low-level fear, on our companion’s face registers in our brains. Then we can either try to explain the joke or apologize for slipping and making a joke whose target audience is exactly three other people.

In my family, the joke that I make to non-family members the most is, unfortunately, of the “wasn’t actually funny to begin with” nature. Like many jokes of that ilk, it started with a dad. Before Mike was officially my stepdad, but when it was clear he dug my mom enough to stick around even with the two young kids she had, we started doing family outings. We had a good time. However, like all kids stuck in a car for more than five minutes, my brother and I would begin to demand ETAs for our destination. Mike decided that the appropriate answer to that question was “twenty minutes.” Actual time or distance was irrelevant. The answer was always twenty minutes. We would leave our house in New Jersey, be on the road for ten miles, ask how long the drive to the Poconos is, and would be immediately told, “Twenty minutes.”

My brother and I were 10 and 11ish, certainly old enough to tell time. We were also precocious enough to have poured over road maps with our mom, trying to figure out the distance using the provided scale. There was absolutely no way it was twenty minutes. Exasperation and cries of, “Miiiiiiiike! For real how long?” would come from the back of the car. But Mike was unflappable. It was twenty minutes. There was a philosophical argument that the trip was a series of twenty-minute increments, and that it was always twenty minutes to the next set of twenty minutes until there would be only the last twenty minutes remaining. The counter argument was that Mike could out annoy a couple of kids cooped up in the back of a minivan.

Through the decades, we have waited twenty minutes for anything you could possibly wait for. If one of us asks how long for a given thing, there is a strong possibility of the answer coming in unison. It’s not uncommon to hear things like, “When are they coming? And don’t say twenty minutes!” Our automatic response to anything involving time was, is, and always will be, “twenty minutes”.

It was never a funny joke on its own. The humor was always in seeing how long you could stick to your guns before a vein started popping out of the forehead of whomever you were antagonizing. There are moments of rejoicing when the answer truly is “twenty minutes”. We giggle if we have to set the microwave timer for twenty minutes. No matter how sincerely you say something is going to be twenty minutes, it is met with heavy skepticism in my house.

Tonight, over thirty years after Mike decided a third of an hour was the base unit of time for our family, I overheard my parents in the kitchen. Mom was making “Mikey Surprise” for dinner. It’s a dish involving Fritos best described as “Thank God Mike met my mom when he did because my dude had been single for way too long”. It’s also delicious. Deferring to the recipe’s creator, she asked Mike a perfectly innocent question: “How long does it cook for?”.

“Twenty minutes,” was, once again, his answer.

My mom replied the only way she could at this point, “For real twenty minutes?”

I found myself smiling in the other room as I listened in. Mom walked into that one, and even if it were true, Mike has earned the distrust. An innocuous unit of time has become part of the private language of our family. It’s a nothing phrase that unites us, drives us crazy, and makes us laugh.

There is an entire lifetime in twenty minutes.